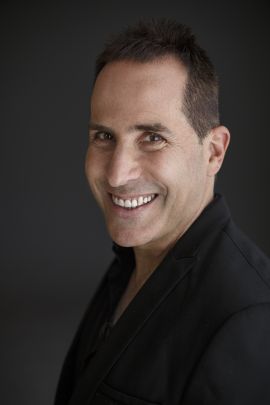 "The atmospheric character is created by Adler's colorful instrumentation.. the predominant impression is that of glass transparency'". Andreas Pernpeintner, süddeutsche zeitung, 22/11/2019

"The focus of the program was the extended new version of the three-part song cycle' Alone, I return from the night' for soprano and large orchestra (by Ayal Adler).Together with soprano Hila Baggio, Omer Meir Wellber plunged into the atmospherically dense, dark tones of the work, which seemed to be in search of every sentence.. At the (last song) , gate of darkness Wellber led the Philharmonic to a deep black abyss, which is so intensely composed that one hardly needs to associate freely". David Renke, BAchtrack, 24/11/2019

" Adler's work creates a melodic and poetic experience, activates the emotion and the imagination and creates a whole and beautiful world of sounds and stories, which I listen to again and again with pleasure. A small number of musical ideas undergo many metamorphoses, changing mood and atmosphere and creating, as the name implies, imaginative musical forms and landscapes ". Amir Mandel, haaretz Gallery, 10/9/2020

"The musicians juggle clusters together with echoes and harmonics. They manage to exist, to live through even the sound, which we can almost see it moving on the stage". Martin Arnaud, Backtrack, BBC Proms 46, 21/8/2014

Ayal Adler's works are continuously performed worldwide. His ouvre includes music in various genres, including solo, chamber, vocal, and orchestral. His symphonic works were commissioned and performed by Daniel Barenboim and the West- Eastern DIVAN Orchestra; Zubin Mehta and the IPO, and more. In November 2019 his work, Alone, I return from the Night was premiered with Omer Meir Wellber and the Munich Philharmonic, with soprano Hila Baggio. In recent years, Adler's works were performed at the BBC Proms, Royal Albert Hall; Lucerne Festival; Salzburg Festival; Colon Theatre, among others. His works were commissioned by the West- Eastern Divan Orchestra; Jerusalem International Chamber Festival; Jerusalem Symphony Orchetsra; Adele and John Gray Endowment Fund; Camerata Orchestra, etc. His works were selected for International festivals such as, ISCM Festival; Jerusalem- Berlin International Chamber Music Festival Intonations; Asian Compoers' League, ACL, and others. Recipient of many awards, including the Prime Minister Composers' Award ; Acievement of the Year - Acum Prize (equivalent to Ascap); First Prize at the RMN competition in London, and others. Ayal Adler serves as Associate Professor in Cmposition at the Jerusalem Academy of Music and Dance. Served as Composer-in-Residence for the Meitar Ensemble from 2006-2012, and later became the Ensemble's Advisor. His works are regularly published by IMI ,and IMC.

Check out his full biography